A Guide To East London 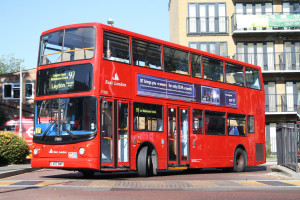 Recent years have shown a steady increase in the total number of foreign students looking to obtain higher education in London. Not just students, but the rate of foreign employment has also increased tremendously. Whenever a person decides to change his base, there’s always a certain degree of curiosity involved to know more about the country, before packing bags. This guide will focus on useful information for people looking to migrate or travel to the East London.

East London is situated in the northeastern part of London, United Kingdom. Even though it has not been officially claimed, but the eastern section of the London city was known as “That Part Beyond The Tower” until 1720. Later in 1950, the part was named East London. This part of the city included the entire region of Greater London east and northern part of the River Thames. Barking and Dagenham, Havering, Newham, Hackney, Redbridge, Waltham Forest and Tower Hamlets are some areas that lie under this section of the city.

The East London comprises of the areas closer to the ancient City. The early development of the eastern side of London began with the expansion of industries such as ship building and docks. These industries were associated with the River Thames. However, these industries declined during the 20th century, making the East London an area of regeneration.

These areas were further developed during the reign of Victoria and Edwardia, leading to the expansion of the railways in the 19th century. In 1920, private sales of suburban houses were initiated to match the provision of the growing population. The development began in Becontree, followed by Harold Hill right after the World War II.

From the geographical point of view, the East London is situated in the lower end of River Thames. The major rivers associated with East London are the Thames forming southern boundary, the Lea, the Roding and the Beam. The area adjoining the City of London is the East End of London.

1. It is advised to buy travel cards. These cards can be used for buses, tube lines, and trains. You can expect to get high value discount on these cards as compared to individual tickets.

2. It is important to note that your travel cards should be region specific. You should buy the cards according to the zone you’re likely to travel too often.

3. Oyster card is another kind of travel card that offers huge discount on buses, tube lines, DLR, ferry and train fares. It is a must have card for students who plan to commute through public transportation system.

4. Taxis are no doubt very expensive, but you can always get one if you’re not aware of the streets and address you intend to reach. You can pick a taxi from the street or call for a cab in your area.