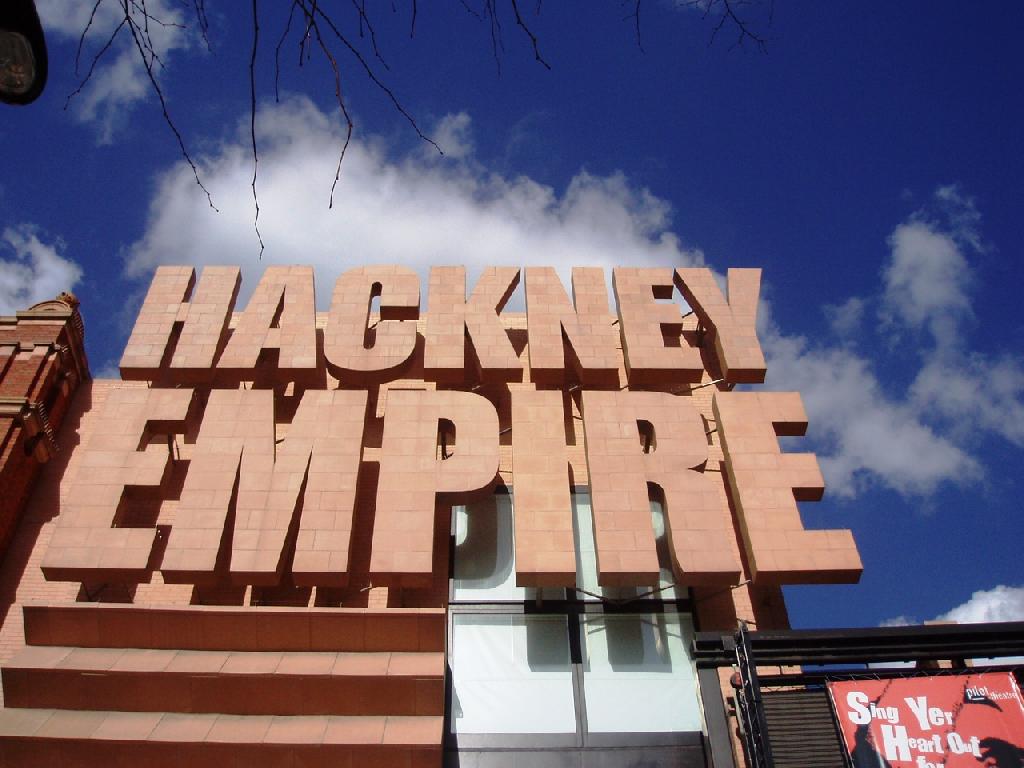 It was till some time back that East London was called glamorous West London’s poor relation. However today it has developed so much that bright young things of society prefer being seen in East London. While the past ten years have brought about remarkable changes in Shorditch and Hoxton, Brick Lane and Columbia Road has retained lots of their original atmosphere but are worth exploring.

The touristic sites to see in East London includes art house cinemas, trendy bars, modern art galleries and Jamie Oliver’s famous Fifteen restaurant. Here are some of the places of attraction worth a visit while in East London.

The Hackney Empire was a technological wonder when built in 1901 which attracted acts from all parts of the world. While Chaplin had appeared here a few times before heading to America to gain fame and Stan Laural had perfected his act here, Marie Lloyd was the most important star to appear here before the First World War.

Famous both in the national press and public, Hackney Empire brings the old, black and white together to create a cosmopolitan audience every Christmas. There is a huge line of leading touring productions, world famous orchestras, international opera companies and top comedians and musicians lined up to perform here in coming seasons.

It was in December 1937 that the historic Rio Cinema opened here as the “Classic”. It was the mark of television in the 1950s that led to a reduction in audiences; so to restore enthusiasm, the Dalston Classic changed names to Classic Cartoon Cinema, Classic Continental Cinema to finally return to the “Classic” within a year.

However the Dalston Classic was once again re-launched as the Tatler Cinema Club in 1968 and went on to show blue movies and live strip shows to finally close down in 1976. It was finally in 1999 that it got a complete refurbishment to open as Rio Cinema with Grade II listed status.

Cinema that is often ignored by the mainstream is shown here. The annual Turkish and Kurdish film festivals, midweek Classic Matinees and the Saturday morning Children’s Picture Club all feature at the Rio.

It was Jay Jopling who had set up White Cube Hoxton as a second, larger gallery space in 2000 in an old light industrial building of the 1920s. It houses an uninterrupted exhibition space with free admission. This “Inside the White Cube” space was launched in 2002, encompasses two floors, viewing galleries, offices, conference space and related space and dedicates a yearlong exhibition.

A wide range of artists of all mediums like Mark Quinn, Damien Hirst and Antony Gormley had showcased their talents here in solo or group exhibitions. Hoxton boasts of a strong art community and culture, various galleries, public art space, bars, restaurants and clubs. With so many abandoned warehouses having been converted into artists’ studios and the highest concentration of artists in Europe, East London is the place for art enthusiasts.

Mudchute Park & Farm spans 32 acres of farmland and is the largest city farm. It offers free admission wherein you see a variety of farm animals and an equestrian center that charges for riding.

The park arranges agricultural shows, summer play schemes and festivals throughout the year while its garden center sells a huge range of shrubs, fruit trees, bedding plants, farm grown perennials, herbs and also offers lots of helpful advice to those with green fingers.

You find a range of gifts, souvenirs and riding and pet accessories on sale in the shop here. There is a café here to relax with a hot or cold drink or snack while its education center handles an after school’s program, a young farmer’s club and also plans activities that follow the national curriculum.

While Daily Telegraph’s gardening correspondent Jonquil Cargill describes the Thames Barrier Park as ” a garden for the 21st century”, it took 6 years of planning and construction and an international design competition that made London’s first major 22-acre public parkland project for more than 50 years.

The park is located in Silvertown on the River Thames’s north bank and is an integral part in the continuing regeneration of the Royal Docks and Thames Gateway through its life-giving open space and complementary commercial and residential development.

The park boasts of a special Anglo-French touch in its design and construction which is the culmination of talents of professional architects, structural engineers, landscape designers and horticulturists. It is the London Development Agency that now owns, operates and maintains the park. 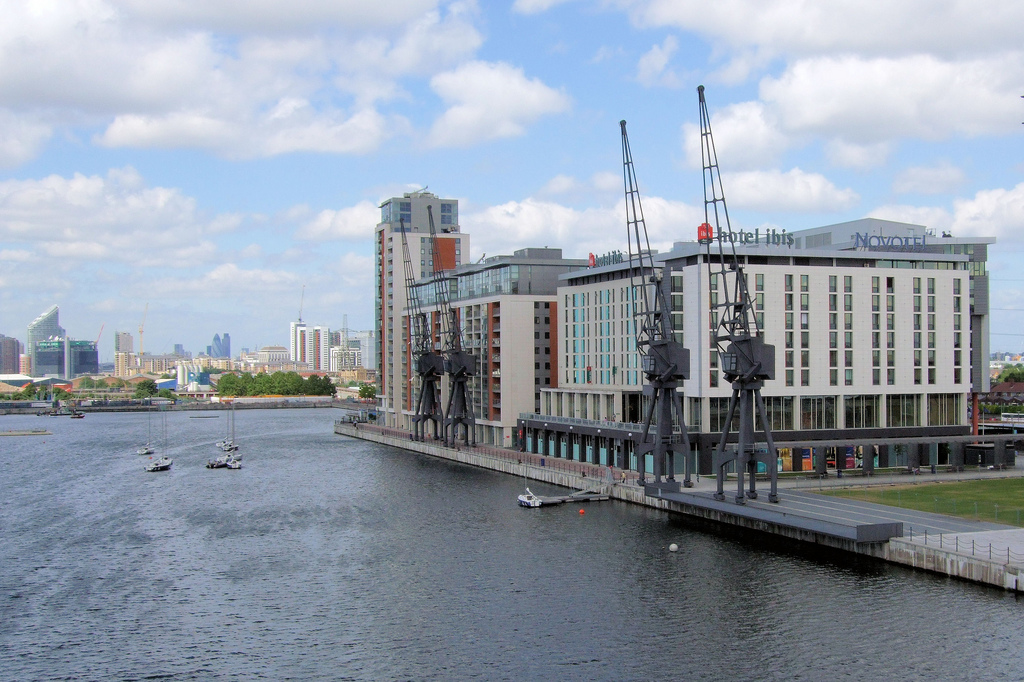 London boasts of a rich history which has developed to become one of the most modern cities of the world. It competes with Paris as a tourist destination, which has led to a boom in hotels and accommodation all over London.

East London is specially the northeastern part of London with origins in 1720 as “That Part beyond the Tower”. It was explicitly defined as East London by 1950 and includes all of Greater London east of London city and north of River Thames.

East London is a business hub with many places of attraction. Visitors love attending opera shows and theatres, go shopping and just roam about here. Some people even visit East London on educational and business trips.

With people visiting East London for myriad reasons, the accommodation in East London, UK too is myriad and fits everyone’s budget, location and need. Moreover, the underground trains here operate on a wide network which solves your commuting problems by providing connectivity throughout London.

Hotels generally offer discounts throughout the year; so with the right research, you will be able to choose a hotel that fits your accommodation needs. Here are 4 accommodation types in East London you can check out on your next UK trip.

Ibis London Docklands is an economy hotel situated in the Docklands area which is a few minutes’ walk from the commercial and financial hub of Canary Wharf. The hotel has 87 modern guest rooms with internet access and satellite TV and a cafe where you can enjoy snacks and light meals. The hotel is conveniently located 5 km from the City Airport which has an onsite secure parking facility for 30 cars.

Britannia International Hotel is located next to the internationally famous commercial and financial hub Canary Wharf, which is also the home of various multi-national companies. The hotel’s glass building offers panoramic views that overlook the London skyline.

The hotel is walking distance to South Quay DLR Station, thus providing you with easy commute to the major London sightseeing spots. The 442 en-suite bedrooms of the hotel have modern facilities that include telephone, TV, tea and coffee making facilities and press.

While the Conservatory Bar offers a great meeting place with panoramic waterside views, Jenny’s bar and Pizzeria offers great Italian and Carvery dishes. The hotel is a perfect business destination with its 13 conference rooms, free Wi-Fi in all public areas of the hotel and rooms with first class facilities.

Town Hall hotel’s baroque architecture, sweeping staircase and art-deco interior give justice to the age-old proverb,” The first impression is the last impression”. This new concept Town Hall is located in the heart of vibrant East London and boasts of 5 star amenities with the space, comfort and convenience you experience in a designer apartment.

You are at liberty of working out in the poolside gym, cooking your own meals in the superb kitchen and if you have no plans of cooking, you can just head to Michelin, the destination restaurant for foodies.

To keep you entertained during your stay, you can also enjoy art displays by London’s exciting young artists, have a few cocktails with some tapas in the bar or just relax in the comfortably furnished apartment. If you love luxury in life, you will never go back to staying in a standard hotel after staying in Town Hall.

Kadimah hotel offers a different feel to most London hotels as it is a terraced bed and breakfast hotel situated in the heart of Stamford Hill. Kadimah hotel exudes elegance and style and also boasts of modern amenities and unparalleled hospitality.

There are two underground stations located nearby while Stamford Hill Station is just a 5 minute walk from the hotel providing you connectivity throughout London. The rooms all have free Wi-Fi access and boast of contemporary décor with en suite bathroom facilities.

These rooms not only provide a haven for tranquil relaxation but accommodate both business and leisure visitors with its modern amenities modern patrons expect.